Small town businesses and their owners are not just about selling a product.  They support and build communities.  Businesses like Cone Jewelers Odessa, Texas, which have been in business for more than 60 years, provide services that fuel not only the finances of a community, they also fire the spirit of a small town.  Their names are seen on support banners for school functions, sporting events, and a myriad of city functions.  Locally owned businesses knit memories together for the people of the community. Personally, I wear over fifty years of memories marked by Cone’s Jewelers on my fingers and around my wrists and neck. Those memories are my truest jewels.

By the 1950’s, West Texas was famous for the production of oil and gas. The demands for fossil fuels during the economic boom of the post-World War II era made the Permian Basin an attractive, but risky, region to plant new businesses.  Milton “Pinky” Cone and his wife Wanda decided to leave the familiar comforts of their hometown of Wichita Falls. However, Pinky had used the GI Bill after World War II to become certified as a watchmaker, a reliable trade. They were very young and embraced the risk of moving west.  Pinky trained for the jewelry business under jewelers in San Angelo and Midland for four hard years. Wanda worked with equal rigor making a home and rearing two small children. Finally, the couple sold their first home in 1954 to secure the opening of Cone Jewelers in Crane, Texas. They expanded their jewelry business to include a Monahans location in 1957.  Pinky commuted each day, and Wanda minded both the Crane store as well as young Donna and Darrell. The Cone family’s long days were much more rigorous than the typical Ozzie and Harriet standard of the 50’s and early 60’s.

The growth of the Cone jewelry business expanded in spite of the shaky oil economy of the 1970’s.  After two years of gaining experience in the jewelry business, Donna’s husband, Bill Heiser, partnered with Pinky to open a new branch of Cone’s jewelers in Kermit, Texas.  The young family raised three handsome boys while riding the shifting economic sands of the West Texas oil market.  The business climate may have been harsh, but the faith, love, and hard work of the Heiser/Cone families carried them through. Donna rolled up her sleeves and served the school district as a teacher and counselor in addition to helping at the store.  Byron, Brandon, and Brantley Heiser were also no strangers to the family business when they were not playing sports. At the tender age of 14, Byron began his life’s career as a jeweler in the repair department of Kermit’s Cone Jewelers.

Mr. Cone passed away in 1989, but Wanda continued tenaciously to work in the family business after moving to Kermit. In spite of health problems, she drove daily to the Monahans store. Wanda was determined to keep that location open until the 50th year anniversary of business.  She felt it was a fitting tribute to the couple’s hard labor.

Cone Jewelers Into the New Millennium

Time and trends constantly rearrange the handiwork of all men. Although the Crane and Monahans locations eventually closed, new frontiers opened up.  Twenty years after the opening of the Kermit branch, Bill launched a store in Carlsbad, New Mexico.  Following in the footsteps of his dad, and grandparents, Byron started full-time work at the Carlsbad location at age 20.  This was only the beginning of a new era of Cone’s Jewelers.  Bill Heiser relocated the Kermit store to Odessa in 2000 in the face of challenging economic times. Cone Jewelers

Byron Heiser and his wife, Amber, have owned and operated Cone Jewelers Odessa, Texas, and also the Carlsbad, New Mexico store since 2018 when Bill and Donna retired. The Odessa location has received many Best of the Permian Basin awards for jewelry stores over the years.

Almost seventy years after the first store opened, Cone Jewelers remains a favorite place to commemorate life’s celebrations.  It takes people as durable as diamonds to withstand the tests of time.  The Cone and the Heiser families have been shining in Texas for the better portion of a century, and their future looks bright for them to continue.

Fine Jewelry Endures Over the Years and because of the endurance of the materials, fine jewelry is made to last a long time.  Jewelry created between 20 and 100 years ago is considered to be vintage whereas older pieces are considered to be antique.  Whether the collection is vintage or antique, the creations tell stories of those who wore them as well as those who made them. Learning the backstories of the pieces may be a timely process, but the richness of those stories is even more precious than the gold and the jewels. Benbrook Antique Mall has a jeweler on site who also custom designs fine jewelry pieces. Be sure to check it out Ron Stelzer Jewelers Benbrook Antique Mall 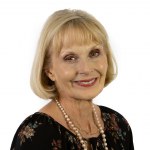