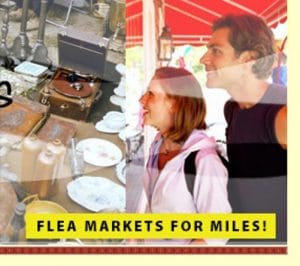 The 39 plus mile flea market, now called the Antique Alley Texas is a shopping event & family-friendly festival held on the 3rd Friday, Saturday & Sunday every April and September. It began as a weekend sidewalk sale 19 years ago and soon blossomed into a windfall sales event – an event that benefited Grandview, Texas as well as the small surrounding towns – the restaurants had to hire extra help and stay open extra long hours, the town ATMs ran out of money and Grandview’s gas stations ran out of gas. 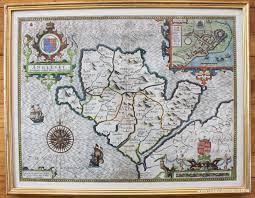 Lisa Hill and Nita Redmon bought Pop & Grans located at 300 E. Criner in downtown Grandview, Texas in 1999. As the days ticked by, the would ask themselves, “What can we do to boost the economy of this sleepy little town?”

The people and merchants in a small town are often like family, sharing the good days and shouldering the bad days of small town economics together. Lisa and Nita struck up a conversation with neighbor merchants,  Bob and Patricia Dawkins, who owned the 10,000 square foot antique mall across the street at that time. They reflected and brainstormed – what could they do to boost the economy of Grandview? They decided to have a weekend sidewalk sale. Bob & Patricia had 53 vendors who set up booths on the north sidewalk of Crier street and Nita and Lisa set up booths on the south sidewalk of Crier street. 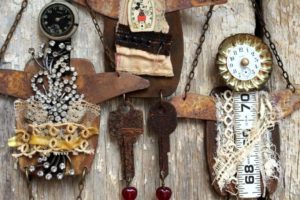 The vendors set up and the people came out in droves to buy their merchandise. The sidewalk sale was a hit, the people loved it and everyone began asking when they were going to do it again.

After that first sidewalk sale in 1999, a couple of farms on Highway 4 said they were going to have yard sales at the same time as the sidewalk sale, then other area residents decided to join in and benefit from the sale’s popularity. The event soon evolved into a 30 plus mile flea market.

Nita and Lisa decided to advertise the sale to be held  twice a year in April and September.

Cleburne, Maypearl, Alvarado, then Venus and now Waxahachie joined in the festivities that have now become a 30 plus mile flea market – each town works their own festival and schedules times for their own individual entertainment venues or car shows. Waxahachie joined in 2018. Waxahachie has 15 antiques shops and is a nice bonus to the Antique Alley Texas organization.

“We drew up a legal charter and our goal was to benefit every town possible – in these little towns we struggle to survive,” Nita said.

The Antique Alley Texas Association keeps the whole 30 plus miles flea market machine working. This organization is made up of independent business people, not only trying to boost their own business, but boost the economy of the entire community.

While each town independently operates their own festival, which now make up a 30 plus mile flea market, all of the towns advertise together, and they all work together, each one with the goal of boosting their town’s economy.

This 30 plus mile flea market, known as Antique Alley Texas, is growing and evolving and it’s still a good festival, Nita said.