One niece inherited the entire estate when her aunt passed away.

But, when her aunt told her there was money hidden in the bedroom, she wondered “is she just rambling at her elderly age, or is she serious?”

So when she hired David Lefever of then Crossroads Auction in Big Spring to come into the aunt’s home and take everything away for auction, she was on edge, and watched the workers like a hawk. She didn’t say anything about the possibility that they might find cash money. She had already combed the bedroom before they arrived, but to no avail.

David’s employee, Cindy, Cindy’s son and David’s son began cleaning the aunt’s home, preparing to haul the items away to Crossroads Auction House. The aunt’s home was just too small for an estate sale to be held in it.

One of the boys lifted up the marble top on a wash stand in the bedroom.

“It was just solid full of money,” David said.

According to Cindy, twenty, fifty and other dollar bills were bundled with thousand dollar wrappers. The bundles were then placed in tissue paper and wrapped with foil.

“It was like she (the niece) was looking for the money, and once she found it, it was a relief,” David said.

He added that if she had shared this with him at the beginning of the cleaning, he probably could have found the money for her right away.

“I told her we always find money, jewelry, personal stuff,” David said. “I told her if we find any of that stuff, we’ll give it back to you, we always do.”

Yet, it is often hard to trust a stranger, or even fellow family members when it comes to money.

Family Feuds Witnessed over years as auctioneer sells off estates

David has witnessed numerous family feuds during his many years as an auctioneer, and explained that bidding wars drive up the price on items.

One of these wars began over a daisy churn, and the family member who was determined to buy it, was not the most popular member of the family.

“We sold a daisy churn that was cracked; there was a chip in it, but the lid covered up the crack,” David said. “We sold it for $300.”

When the buyer was carrying the churn to his pickup, he dropped it and broke it.

David said the other family members almost began clapping and cheering. They didn’t actually clap, but everybody got happy, he said.

In the past, David and his wife, Rhonda, held auctions every other Saturday evening at then Crossroads Auction House, located on the north side of I-20, between Big Spring and Coahoma, Texas.

David said the difference with an auction, is that everything is sold, whereas there are usually leftovers at estate sales.

David came to Big Spring from Pennsylvania in 1978. He was 18 and on a road trip with friends.

“We wanted to go on a big trip when we got out of school. We left in March when there was snow on the ground, and we came out through Amarillo on I-40,” he said. “We got down in here, (the west Texas area). We started pealing our clothes off – we were loving it. We went to the Grand Canyon. We went all around sight seeing. We went out to the beach in California, and coming home our car broke down in Big Spring,” David said.

He said he has been here ever since.

“It’s like one old boy I was working for said, ‘Once you get a little bit of Texas in your blood, you’ll be back.” 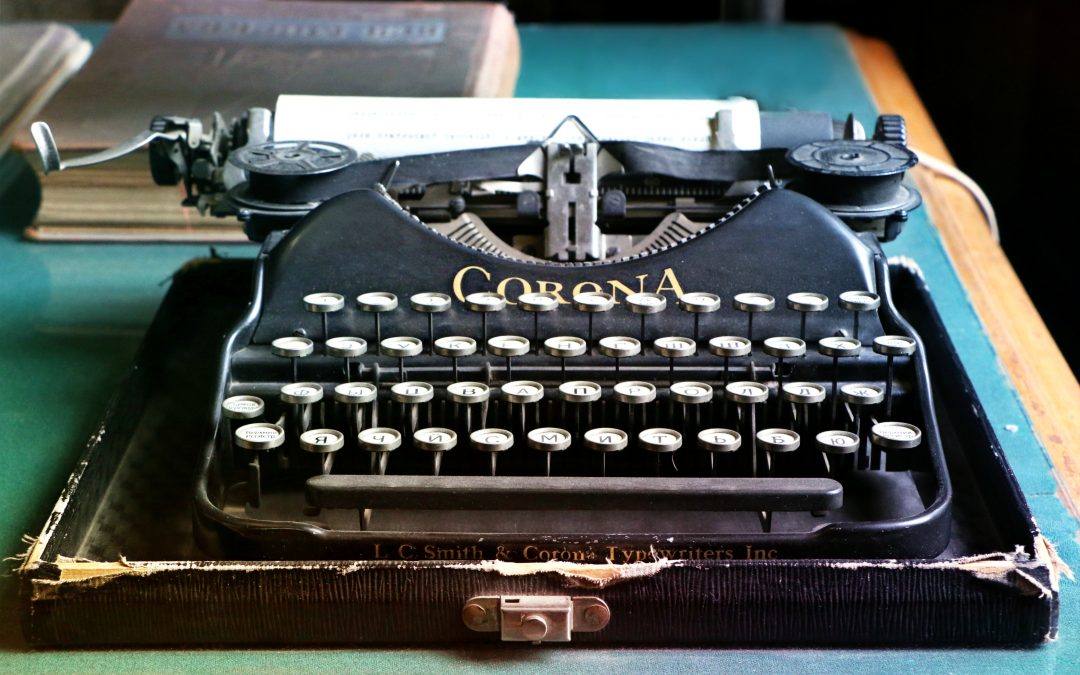 Linnie Ray opened Classic Collection Antiques Mall, located at 833 Butternut in Abilene, Texas fifteen years ago after having her own store.

The antiques mall has 40 booths with 27 dealers and 8,000 square feet of antique items.

The antiques mall has an open, airy feel to it with no permanent walls.

Linnie has two girls who work for her so she is able to go out of town and look for pieces, more so than her dealers because most of them have jobs.

Dealers have made the mall successful

If I didn’t have them, it wouldn’t go over,” Linnie Ray, Classic Collection Antique Mall owner, said. “I keep it running, but I have some really good dealers. I want them (the dealers) to succeed and be happy, and if they’re happy, I’m going to be happy.”  Linnie knows that if her dealers are happy, ultimately her customers will be happy. I want customers to be able to see the mantle over there and vice versa . . . I like the open area, and I try to have enough space that you can pull something out.” She said the best thing about the mall is that the dealers are not all alike.

Mall features a variety of items from shabby sheik to mahogany

“We do have various things, and I think that’s why the mall has been so successful,” Linnie said.“I cater to all kinds. I’m not just a specialty mall . . .I just like old stuff, and I like what you can do with it. I really like to decorate, and I like to help people decorate.”

Linnie enjoys being creative and putting pieces together.

“I like to show them how they can take a shabby piece and put it with a nice piece of mahogany and it’ll look good,” she added. “I try to decorate my side of the shop with pretty pieces and shabby pieces or primitive pieces or signs”

Anything Goes in Today’s Society from primitive to new items

“When I grew up everything was maple, or mahogany or pine – everything had to match.

Today, the younger generation really like putting old pieces with newer pieces when they are decorating their homes.

“I think it’s good that people are coming around and seeing that you can put different pieces together,” she said. “The magazines today are dictating what we sell.

Customers can open a magazine today and it will have a shabby mirror in it.

“I like pieces to have shabbied over the years – something that’s set in somebody’s barn. It’s blue, but it’s not baby blue because it has faded over the years, and it has so much more appeal than something you just take home and paint red, or white or whatever and bring it back and put it on the floor.”

Linnie likes to buy antique pieces that are already shabby or peely.

Her motto for the mall is “From shabby to sheik” and she said her style has been successful, but it has been her dealers who have made the mall that way.

“It takes a lot of hard work. It’s a challenge. Every day you get up and something needs to be different,” she said.

“I have a lot of repeat customers, and if you have it the same way, it gets stale,” Linnie said. “I could have something six months, and change it from one corner to another, and someone comes in, and says ‘Ooh, I haven’t seen that, and it sells.’

“You’ve got to make customers want to stop and look at your stuff.” 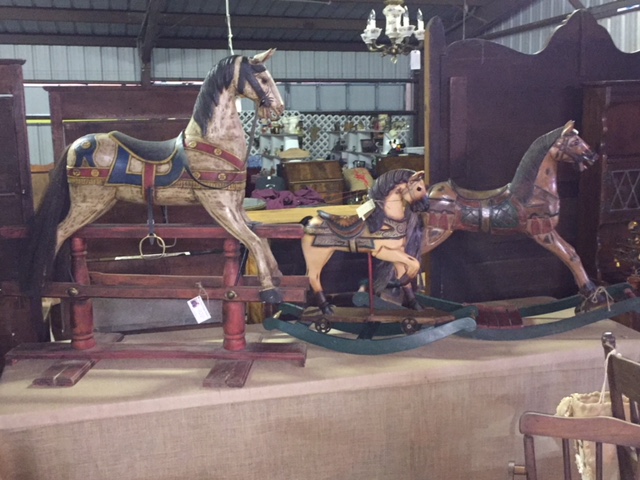 It was a cool, crisp spring morning on March 25, 2010 when Sandra Becker opened her doors to a “first business” of her own, known as “Nay Nay’s Cottage Antiques.” Deciding on the name of her business adventure came easy as her four grandchildren call her “Nay Nay.”

Her show is located at Round Top Hill, Route 237, Round Top, Texas. Nay Nay’s is open twice a year during the Texas Antiques Week Fair. Twice a year Round Top is host to one of the nation’s largest antiques events. The show started in 1967 with 22 dealers at the Round Top Rifle Hall. The Original Round Top Antiques Fair is still the first full weekend in April and October. Because of its success, many other shows open prior to it and now include the towns in a 10-mile radius of Round Top.

Sandra and her husband of almost 54 years, Ralph Becker, always enjoyed going to Round Top and Warrenton during the Texas Antiques Week Fair.

Buying is a delight but selling is a little bit different

After many years of collecting, Sandra thought it would be fun to sell antiques and still give she and her husband a chance to have a fun time buying. Sandra gives most of the credit to Ralph as he does the hard work, lifting, moving and refurbishing of the items. He uses many different brands of the “chalk” paint, but now has a formula of his own.

Sandra said, “Buying is a delight, but selling is a little bit different.” She feels she has been so fortunate in greeting and meeting people from all over the USA and even from Canada and Europe. A couple from Canada who purchased an item at the fall 2017 show emailed Christmas greetings and Happy New year wishes.

“It is hard to believe that Route 237 in Round Top and Warrenton bring in so many visitors,” Sandra said as she recanted her very first show of March 25, 2010. “People came and walked through my booth, but I did not make one sale until mid-afternoon of the first day. Another vendor from the venue came to my booth and purchased an unusual pickle jar for $15.00. This was my only sale the first day of my new adventure.”

As the show went on, Sandra was very satisfied with additional sales, but admitted that her first day was like “going to your prom, and no one asking you to dance!”

Sandra shares a highlight from one of her shows

“I had a fall/winter 2014 Country French magazine laying open on one of my tables. The page featured a picture of a beautifully designed kitchen that I had shown my friends. The magazine was still open on that page when two precious, prim and proper ladies walked into my booth. As we were chatting, I showed them the picture in the magazine and jokingly said, “This is how I want my next kitchen to look.” The two looked at one another and smiled, then explained that they were the designers.

“I thought they looked familiar,” Sandra said, “so I asked them if they had their picture in a magazine.” They informed her that they had been featured in the March/April 2015 Southern Lady issue. Sandra had this issue at home. It turned out they were the owners of a design business in Little Rock, Arkansas called “Providence Design. Sandra felt these ladies were “so delightful to visit with!”

Selling is Fun – Packing Up is Hard Work

As a final note to antiquers, she said, “Selling is fun, but hard work when you are packing up your unsold goods when the show is over.”

“Having gone into such a fun, small business opportunity twice yearly has been so enjoyable and I have met so many wonderful shoppers and dealers – many of whom we consider to be our dearest friends today!” Sandra said.